Back in the spring of 2005 I met Brandon for the first time.  If I’m being honest, I can’t say he made a huge impact on me that first meeting… he felt differently about me (wink, wink).  I mean, we were in a staff meeting – I was in a relationship – I was not out looking for my future spouse, let’s just say that.  Anyhow, the following fall, we spent a lot of time together and became fast friends.  While some of his quirks drove me up the wall (and still do some days… the feeling is mutual, I’m sure), some things about him stood out to me in the best way.  There was a night when we made a run to Kroger, for example.  It was cold and rainy, dark, and I was in a hurry.  When we got out to the parking lot, there was a couple with their hood popped open whose car wouldn’t start.  He walked over to them and talked a bit, then came back to ask if I had jumper cables.  I didn’t… I told him we couldn’t help.  That’s when he started approaching random strangers asking for jumper cables and continued to do so until he found a pair (short pause to appreciate that Brandon HATES talking to strangers), then had me pull up so that he could jump their car and help them on their way.  I was annoyed, to be honest – but his determination to help made an impact on me.

Fast forward to 2008ish when we were dating and living together – both out of college at this point.  We were broke.  Broke, broke, broke (channeling my inner Renee Zellweger from Jerry Maquire here).  We had a weekly grocery budget under $50 – that included eating out, toiletries and all.  Anyhow, we were enjoying a rare dollar menu meal at McDonald’s one day when a man came in asking people for money.  Brandon bought him a meal.  We’re never sure if people who do this really need money or are trying to scam people, so we were hesitant.  When we saw this same man fishing half-smoked cigarettes out of the ashtray outside and putting them in his used Altoids tin, we knew this man really needed help.  We went out the car and Brandon drove over to Walmart.  He bought gloves and a hat, some hand warmers and a coffee mug, some ready-to-drink soups and a collection of toiletries and then a cinch sack to stuff them all into.  We rushed back to find the guy making his way over to the gas station close to the McDonald’s and Brandon got out, handed him the bag, and gave the man a firm handshake.  I’ll admit that I was kind of freaking out at Walmart as he was throwing things in the cart… remember, we had a $50 grocery budget and we needed to eat, too.  Trust me, we never missed a meal.

As for me, I’d never really seen anything quite like this.  I really hadn’t.  These kinds of occurrences would become more and more frequent as the years went by.  Sometimes, the people he’d help would walk around the building, hop into a car, and speed off… sometimes, that would break our hearts.  Sometimes, though, we’d share a meal at a picnic area with a hitchhiker who had no family and was just passing through, thrilled to have some company to eat with (even if he wasn’t thrilled with the turkey and humus wraps we were serving up).

Four years ago, Brandon was working construction.  He’d leave a job site in Troy and drive the hour and a half each night after a long shift of hard work so that he could stand over the bed of his little girl, shed some tears when I explained to him all that had happened that day, then crash his tired body onto the tiny blue couch next to me for the night.  He’d get up long before dawn each morning to again trek an hour and a half back up I-75 to the job site and put in another long day of hard, manual labor.  He did this six days a week for four months.  Back and forth, back and forth… tirelessly making a trip so that he could spend just a few minutes at her bedside and a few minutes catching up with me before we’d crash for the night.  It was during this time that he told me how he’d always wanted to go into medicine… how when he was younger he really wanted to be a pediatrician.  And how he really thought he wanted to go back to school to be a nurse.  As crazy as it sounded to me then, I knew it would be a good fit for him.

Another eight months or so would go by before Brandon would see his first clinical rotation.  I remember him coming home almost in tears asking me if we could make a trip to Walmart to buy some sweatpants, tshirts, socks and underwear for an old man.  He said that his patient was literally wearing clothes from the lost and found because he had no personal belongings… and this absolutely broke Brandon’s heart.  I knew that day that my husband was exactly where he needed to be.  And while, we can’t always just go buy clothes for patients or afford to buy them the things that they don’t have – we can always give them our love and attention – give them the dignity and compassion they deserve.  In this, Brandon has taught me so much!

Maybe some of you have only ever seen the sarcastic side of Brandon – he likes to whip that side out a lot.  Sometimes he likes to share his opinion, whether it’s welcome or not.  But there’s another side of him… a very soft, vulnerable side that he’s probably not thrilled I’m sharing with the world… a side that makes him a great husband… a strong father… an amazing nurse… a side that he doesn’t always share with the rest of the world.  This side of him came out in amazing ways when I watched him address his classmates during his pinning ceremony on Thursday.  He made the crowd laugh on multiple occasions… and delivered a speech that pulled at the heartstrings and moved me to tears.  I am so incredibly proud of this man!  SO INCREDIBLY PROUD!  I do not tell him this enough, that’s for sure.

In fact, when we were on our way home from dinner after the pinning ceremony, I started asking him about future plans and ultimately kind of jumped down his throat for not applying for a job that has great benefits for the long run… like retirement benefits.  But see… that’s me.  I’m the one who thinks of things like retirement and insurance and the practical things (like that $50 grocery budget in 2008).  He’s the one that’s driven by the passion to do what he loves.  And you know what – I was wrong in that.  I know that he’s not the one that’s moved by a killer retirement plan… that’s not his thing.  I look back at these pictures of him standing over Ellie’s crib… he’s the man that’ll drive three hours a day to spend a few minutes making sure this baby is okay.  That’s not practical… that’s passionate.  He’s the man that spent more than half of our grocery budget making a care bag for a homeless man… and yet, we still ate.  Me… I’m practical (emotional, yes… but practical).  He’s passionate, but very level headed.  That’s our balancing act, y’all.  So at the end of the night… a night when he killed it at his pinning ceremony… a night that was all about his amazing accomplishments… a night where we were out to celebrate the culmination of so many years of hard work on his part… I kind of blew it.  Fail.

But all of that aside, I want to share a snippet of what my absolute favorite part of his speech was.  This was a part after he’d made jokes about not heeding the warnings of the professors and how many days and nights were pushed through with the sheer force of determination and massive amounts of espresso.  Then he said:

“Then, there were the nights where no amount of caffeine was going to pull us through and we had to pick up another one of our nursing school survival tools: Our list of ‘whys’.  As in, ‘Why in God’s name would I do this to myself?’

My list started with my children, but particularly the strongest person I’ve ever known: my daughter.  Standing three-foot tall and thirty-two pounds, she’s the epitome of determination, strength and probably one too many curse words for a four-year-old vocabulary (I may have had a part in that).  During the longest of her inpatient stays, four of the first six months of her life, battling the increasingly debilitating effects of a congenital heart defect, she taught me more about life than I had gathered in the twenty-nine years prior.

It was also during this time that I added more ‘whys’ to my list: Austin, Khloe, Jaxson, Jack Jack, Dominic, Tillery, and countless others.  Reluctant tenants of the Ronald McDonald House, our families would share so many tears, laughs, and even a humorous dream of the ‘complicated kiddos community’ we would one day form – I was designated to be the nurse.

Though distance has separated us, and some of these little ones remain with us only in memory and spirit, these kids, their families, and the incredible nursing care provided to them continue to be a part of what pushed me into nursing – and what would drag me through when I wasn’t sure I was going to make it.  To be able to care for incredible souls like these – that is the dream I long for.

So, I challenge my fellow classmates: In those moments where you think you’ve given all you have and start to question if nursing was the right choice, re-evaluate YOUR list of ‘whys’.  For the premature newborn struggling to breathe with lungs that aren’t quite ready, for the newly widowed husband or wife of the hospice patient who’s finally resting peacefully, for the children dealt the difficult hand that need every resource available to live their best lives – always remember your why.”

I don’t think I need anything more to close this out with… I think his words are perfect.  And I think it’s safe to say that he’s already a great nurse… his heart is in the right place… and this is absolutely the right career for him!  Proud of you B! 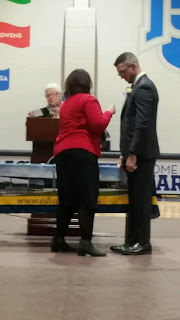 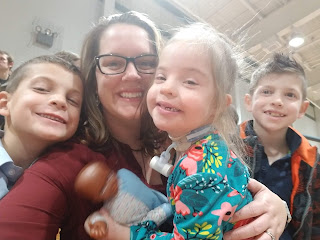 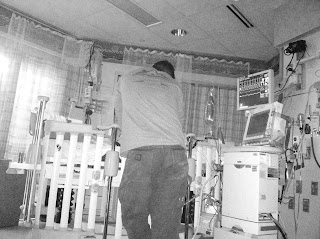 Throwback to 2014 - a very tired man looking over his very tiny Bug.